The Origin of Snappers Bar & Grill 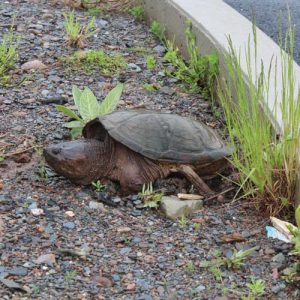 Snappers Bar & Grill was named after a 70 year old resident of Kennetcook; Mama Snapper. Each spring, Mama would climb the bank of the Kennetcook River and lay her eggs under the little white pharmacy building. No one saw Mama Snapper during the construction of the new building in 2014, but she surprised the village by returning home, 2 years later, to nest behind Snappers Bar & Grill. Before landscaping began in the fall, 32 baby snapping turtles were rescued and hand-delivered to the edge of the Kennetcook River where they happily took their first swim. Female snapping turtles always return to their birthplace to lay their own eggs. At Snappers Bar & Grill, Mama Snapper and her offspring now have a permanent place to call home.

Book Your Next Event With Us!

Our TeamThe Hardworking Team Behind the Restaurant